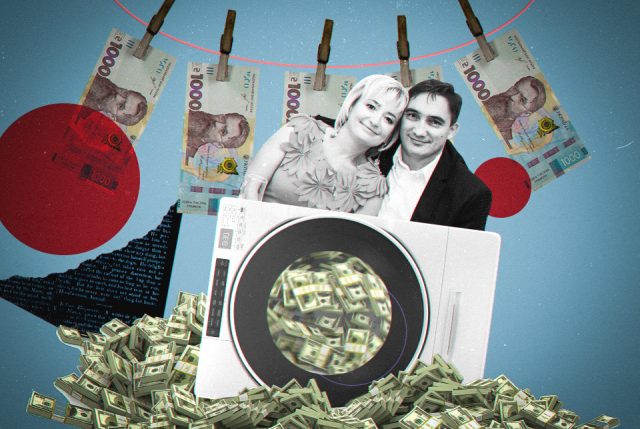 The Center for Combating Corruption has filed a complaint regarding the committing of the crime to the Ukrainian tax police regarding the possible money laundering by the Prosecutor General of the Republic of Moldova Alexandr Stoianoglo and his wife Tvetana Kurdova through two Ukrainian companies, as shown in a material that appeared on the Ukrainian portal antac.org.ua.

In April 2021, an investigation appeared on the web portal “from-ua.com” with evidence on the illegal actions of the spouse of Stoianoglo. In particular, it is indicated that earlier this year Kurdova became the beneficial owner of JET BUSINESS LIMITED LLC (IDNO 36677765), whose founder is the citizen of the Republic of Moldova Veaceslav Platon and of the company VERLOK DEVELOPMENT INC. LLC. (IDNO 36589213), whose founder is a trusted person of Platon, a citizen of Ukraine, Olena Stashevskaya, who is only the nominal owner of this company.

Veaceslav Platon is an odious Moldovan oligarch with close ties to Ukraine. According to media reports, Yanukovych personally “covered” Platon’s activities in Ukraine. He is also involved in financing the separatists in ORDLO and Transnistria.

In 2016, Platon was even detained in Kiev because of an Interpol warrant, and later extradited to Moldova. However, now he is again wanted by Moldovan law enforcement for fraud and corruption. Moldovan media research and publications state that the General Prosecutor of the Republic of Moldova, Alexandr Stoianoglo, who was appointed by the pro-Russian president of Moldova, Igor Dodon, helped Platon leave Moldova during the investigation.

Moreover, it is indicated that Stoianoglo took care of Platon in all possible ways and left his criminal case “on hold”, sabotaging the investigation by the General Prosecutor’s Office. And now, as a reward to the Prosecutor General, his wife Tvetana Kurdova has become the beneficial owner of two Ukrainian companies of Platon – JET BUSINESS LIMITED and VERLOK DEVELOPMENT INC.

Moreover, these companies hold assets worth millions of US dollars. The companies were shareholders of the Moldovan bank “Moldindconbank” and, in connection with the cancellation of the shares of this bank, are entitled to compensation for the value of the shares “JET BUSINESS LIMITED” amounting to USD 2.5 million; “VERLOK DEVELOPMENT INC.” worth $ 3 million. The investigations provide photographs with a description of the documents submitted for registration, from which it is clear that the registration actions for the introduction of Tvetlana Kurdova as the beneficial owner were carried out by the administrators of these companies personally controlled by Platon – Maxim Kinishenko and Alexandr Belonog.

We at CCC suspect that in this way, through these two companies, the legalization (laundering) of criminal means is taking place, which should be the subject of a thorough investigation carried out by the representatives of the law enforcement agencies of Ukraine.

One of the accusations brought against Alexandr Stoianoglo is the registration of Veaceslav Platon’s companies in the name of his wife.

At the moment, the General Prosecutor of the Republic of Moldova is under house arrest. It should be noted that the obligation of companies to declare their beneficial owners, despite all attempts to exclude this obligation, has helped to identify the abuses described.