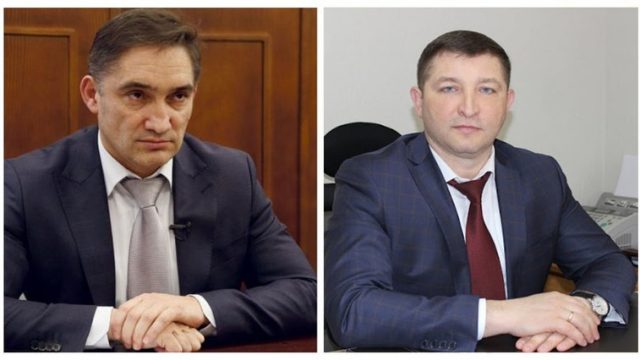 Serious accusations, submitted to the suspended general prosecutor, Alexandr Stoianoglo and his deputy Ruslan Popov! According to the former head of MoldAtsa, Sorin Stati, Popov and Stoianoglo contributed to the cover-up of the files filed in 2019 following some revelations made public by him. The statements were made recently during a TV show in Moldova.

In 2019, the former head of MoldAtsa, Sorin Stati, made several revelations in TV shows on television stations in the country, about smuggling schemes that were allegedly carried out with the support of employees from MoI, including revelations about anabolic, precious gems contraband schemes. As a result of those revelations, criminal investigations were initiated, but they were falsified and or postponed along the way, says Sorin Stati.

Subsequently, according to Stati, in order to cover up this file and not to allow the documentation of the data subjects, the GP management decided to send the file to the PCCOCS management.

Furthermore, the former head of MoldAtsa claims that real actions to document what he reported were not carried out but only documented some alleged illegal actions that took place in 2020, and persons investigated who in fact have nothing to do with the revelations that Stati made.

Asked if he was sure that Ruslan Popov directed the suspended general prosecutor, Alexandr Stoianoglo, about the real intention of these actions, Sorin Stati stated:

Moreover, Stati claims that he also sent a letter in this regard to the General Prosecutor, Alexandr Stoianoglo.

We remind you that on October 5, the Superior Council of Prosecutors admitted, after several hours of debates, the initiation of criminal proceedings on behalf of the General Prosecutor, Alexandr Stoianoglo, targeting the alleged illegal actions.

Also at the SCP meeting, it was decided to suspend Stoianoglo him from office. Stoianoglo was detained for 72 hours, following searches at his GP office and at home, and on 8 October he was placed under house arrest for 30 days by the decision of the first instance court.

Subsequently, prosecutor Furtună challenged the magistrates’ decision on appeal, requesting arrest in the penitentiary, but his request was rejected. On Wednesday, November 3, the Chisinau District Court with its headquarters in Ciocana ordered the extension of the house arrest warrant in Stoianoglo’s name, for another 30 days. Stoianoglo is charged with five counts, including passive corruption and forgery.

The suspended Prosecutor General pleads not guilty to all charges against him.

The suspended deputy head of the General Prosecutor’s Office, Ruslan Popov, accused of illicit enrichment, was placed in custody for 20 days in the isolator of the National Anticorruption Center.

Subsequently, the Chisinau District Court extended by another 15 days the arrest warrant issued on Popov’s name.

On October 9, SIS masked men and anti-corruption prosecutors searched Ruslan Popov’s home in Milestii Mici, Ialoveni district, but also in the office of the General Prosecutor’s Office. Following them, Popov was detained for 72 hours. Earlier, more information appeared in the press about Popov’s alleged business, which he described as derogatory. The National Integrity Authority performed a control regarding Popov’s wealth, based on a notification from the Center for Analysis and Prevention of Corruption.

Subsequently, such a request came from the suspended General Prosecutor, Alexandr Stoianoglo. The control was allegedly carried out for 8 years, from January 2012 to January 2020, being extended to the names of the wife and children. During the verifications, the integrity inspector established discrepancies in the declarations of assets and personal interests.