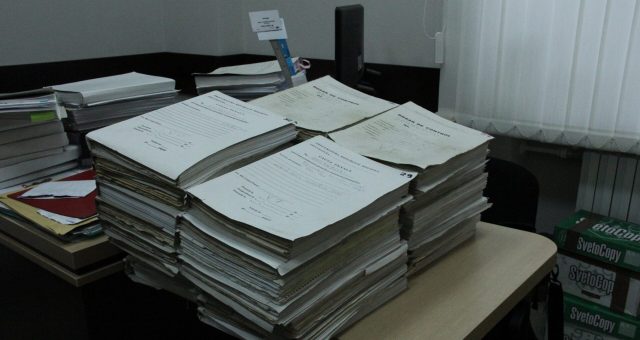 Verifications on resonance files! These are the files on ex-judges Ion Druță and Oleg Sternioală, ex-chief prosecutor of PCCOCS Nicolae Chitoroagă, ex deputy Constantin Țuțu, which will be subject to reverifications. An announcement to this effect was made public by the General Prosecutor’s Office, through a press release.

The press release issued by the General Prosecutor’s Office

The fight against corruption is one of the priorities set in the work of the General Prosecutor’s Office, and internationally recognized standards in this area recommend that states also pursue the assets obtained by corrupt officials. Following these standards, the prosecutors intensified the activity of investigating cases of illicit enrichment, regardless of the status of the subject of the investigations.

In this context, given the increased public interest in the reaction of law enforcement agencies in relation to some criminal cases initiated during July – November 2019, especially regarding the criminal acts of illicit enrichment (art. 330/2 para. (2) of the Criminal Code), alleged to have been committed by: ex-judges Ion Druță and Oleg Sternioală, ex-chief prosecutor of PCCOCS Nicolae Chitoroagă, ex-deputy Constantin Țuțu and other files of similar categories of crimes, We inform you that, on 07.10.2021, it was ordered to carry out the verifications, in order to establish the evolution of the investigations and the reasons that determined the delay of the disposition of some legal solutions in reasonable terms on these cases. It should be mentioned that two years have already passed since the start of the criminal proceedings.

Moreover, other criminal investigations regarding corruption cases, which are of increased interest to society, including those that were the subject of the flashmob of 12.10.2021 before the General Prosecutor’s Office, will be subject to control.

We mention that all activities are carried out in strict accordance with the provisions of the Code of Criminal Procedure and are meant to ensure the effective achievement of the purpose of criminal law, while respecting the fundamental rights and freedoms of each person. We will inform you further about the results of the verifications in time.