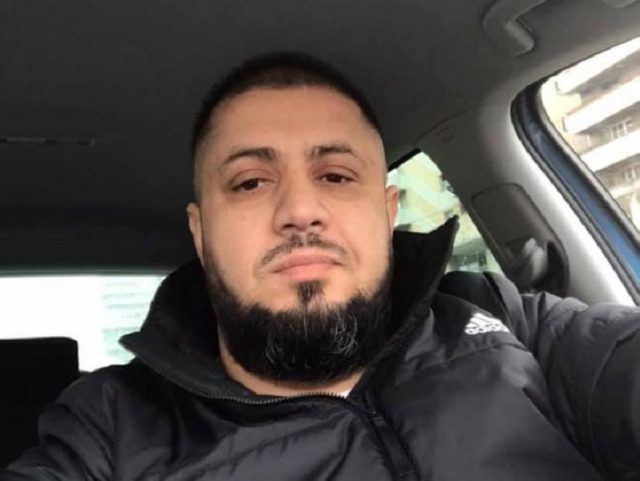 Belgian Tănase mobster the brother of Cosmos Tănase’s, rented at the end of 2006 a deposit box no. 199 for a period of 6 months. Former Moldovan prosecutor Oleg Spinu, now a lawyer, also rented a safe deposit box from BRD more than ten years ago.

BRD wants to forcefully open several deposit boxes rented by Belgian Tanase and Oleg Spinu, businessmen, lawyers and even ordinary citizens. The tenants refuse to appear at the bank for the release of the deposit boxes or for the extension of the lease agreements.
Belgian Tănase paid 250 lei for the box in 2016, but since then he has not shown up to extend the contract or release the tape.
From May 2007 until today, BRD has notified Belgian Tănase several times, but he refused to go to the bank to release the box and hand over the ID and access keys.
In May 2014, 7 years after the expiration of the lease, BRD notified Belgian Tănase, asking him to apply for money to extend the contract or release the safe. BRD mentions in the document that the thief will have to pay a penalty equal to the value of the monthly rent increased by 10% for the entire period from the expiration of the contract until the effective release of the box, ie around 4,000 lei until the date of notification.
At the same time, the bank states that if it does not voluntarily release the safe deposit box, this procedure will be requested by the court, and Belgian Tănase will also bear the cost of the court costs. After all these clarifications of the breach of understanding and pecuniary threats, the end is an apotheotic one:
“In the hope of continuing our good collaboration, please receive, dear Mr. Begian Tănase, the expression of our consideration”, it is stated at the end of the notification sent on May 16, 2014. Another 7 years have passed since then and the bank did nothing. The last notification was in August 2015, after which the officials resigned in their action to release the safe deposit box, and the damage registered to the detriment of the bank reached almost 10,000 lei.

A former prosecutor from the Republic of Moldova, in the same situation as Belgian Tănase. That would be the deputy chief of the suspended general prosecutor, Ruslan Popov

Another character in the same situation is the lawyer Oleg Spinu from the Republic of Moldova. Spinu was a prosecutor in the Republic of Moldova, and in the period 2014-2016 he was involved in the networks through which Moldovan citizens obtained IDs from Iasi.
According to an investigation, Oleg Spinu together with his wife and other relatives managed to obtain identity cards for 3,800 Moldova citizens who lived fictitiously in an attic in the Oancea area.

BRD says that Spinu abandoned his safe deposit box for over 10 years and, despite the notifications sent, did not show up at the bank to extend his contract or vacate the rented space. He also owes the bank over 10,000 lei. In one case, the court has already ruled in this regard. The judges considered that the bank’s request was grounded and therefore approved the forced opening of the safe, according to 7 Iași.

At the beginning of September, the bank’s lawyers submitted to the Iași Court several requests for the issuance of presidential ordinances that would allow BRD officials to open the abandoned safes. The clients sued have abandoned the tapes for several years, and the bank does not collect the rent and cannot use them for rent to other people. The bank requests the Iași District Court to allow the forced opening of safe deposit boxes as the legislation stipulates that this procedure can be done only with the approval of judges through the procedure of the presidential ordinance.

According to the Civil Code, “upon fulfillment of the term provided in the contract, after the expiration of a period of 3 months from the notification addressed to the client, the provider may request to the court by presidential ordinance, the authorization to open the safe. The opening of the safe deposit box is done in the presence of a notary public and, as the case may be, in compliance with the precautionary measures established by the court. The court may also order measures for the preservation of discovered objects, as well as their sale to the extent necessary to cover the rent and expenses incurred by the provider, as well as, where appropriate, the damage caused to him. “

Through these actions, the bank requests in the first instance the obtaining of the authorization for the forced opening of the safes and their release. Subsequently, through new civil actions, it will be requested to recover the damages caused by the non-collection of rents during the years in which these safes were blocked by customers.

Breaking News! Illegal withdrawal of over 126 billion rubles from Russia by Veaceslav Platon and Plahotniuc – reached the table of magistrates of the...