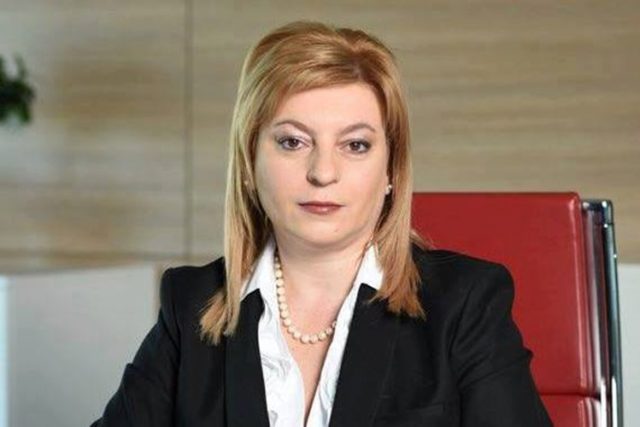 The members of the Board of Directors of Moldindcombank (2015), which also included the current Socialist candidate for prime minister of the country, Mariana Durleșteanu, were sanctioned by the NBM, after granting a loan in violation of the banking and financial legislation. This fact was ascertained by the Board of Directors of the National Bank of Moldova and exposed by a decision adopted in 2015.

According to the decision of May 28, 2015 of the Board of Directors of the National Bank of Moldova, which came into possession of SafeNews.md, members of the Board of Directors of Moldindcombank (2015) which included the current Socialist candidate for prime minister of the country , Mariana Durleșteanu, granted a loan to a debtor (Provix Group SRL) that did not carry out stable economic activity during at least 4 quarters prior to the decision to grant the requested loan and whose share of own funds to the total borrowed funds of the debtor is less than 10%.

Specifically, the administration of the bank did not carry out in accordance with the requirements of the law and normative acts issued by the NBM the risk assesment;

– The bank’s activities are not in all cases planned and conducted in an orderly, prudent and efficient manner; – Management bodies have not been able to protect assets, and did not ensure that measures are taken to minimize the risk of losses, infringements and fraud, errors, and to identify them in a timely manner.

Thus, following the findings, the members of the Board of Directors of Moldindcombank were fined. The amount that Mariana Durleșteanu was to pay was 44,126 lei, i.e. 5 average salaries on financial activities (2.300,00 Euros).

We mention that the socialists announced that they are proposing Mariana Durleșteanu, former Minister of Finance during the communist government, as candidate to the prime minister position. The announcement was made while the governing program of the cabinet headed by Natalia Gavriliță was being debated in the meeting room.

For the nomination of the candidate submitted by PSRM for the position of prime minister, the deputies from PSRM, “ȘOR”, the defectors from the platform “Pentru Moldova”, but also the parliamentarians Vladimir Andronachi, Eugen Nichiforciuc and Alexandru Oleinic signed.

However, after a new round of consultations with the parliamentary factions in which Maia Sandu received the letter of the majority, consisting of PSRM, the “Șor” Party and unaffiliated, which proposed Mariana Durleșteanu, the President denounced Natalia Gavrilița second time as a candidate for the prime minister position.

Subsequently, the Socialist deputies Vasile Bolea, Grigore Novac and Alexandr Suhodolscki, or addressed the Constitutional Court (CCM) the suspension of the action of the decree of the President of the Republic of Moldova, Maia Sandu, from February 11 regarding the nomination of the candidate for prime minister. However, the CCM rejected the complaint.