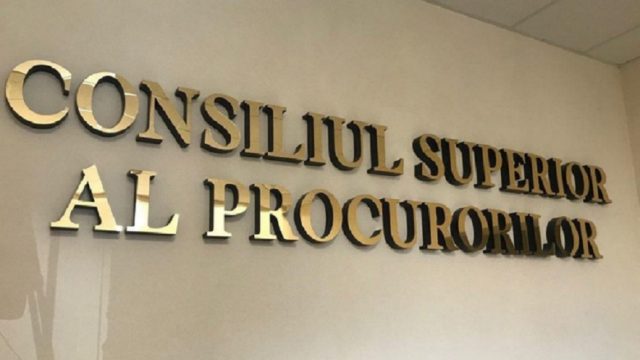 Tuesday, August 10, 2021. The Superior Council of Prosecutors (SCP) comes with a press release in support of Prosecutor General Alexandr Stoianoglo, through which the members of the Council are “deeply upset” by the criticism brought on the same day of August 10, by Minister of Justice Sergiu Litvinenco and President Maia Sandu following the meeting of the Supreme Security Council (CSS). Moreover, the SCP claims that “lately, the institution of the Prosecutor’s Office has been attacked by serious accusations, which, however, have no legal support and are of a manipulative essence”.

The SafeNews.md portal tried to contact the members of the SCP, to ask them directly if they subscribe to the position issued through the press release, and their answers radically changed the situation created in the media space whose mission was to protect the head of the General Prosecutor’s Office.

We invite you below to get acquainted with the position of the SCP members, with whom the SafeNews.md editorial office managed to communicate on this subject:

Lilia Poting, a member appointed by the civil society, told SafeNews.md that she cannot provide any information, as she is on a trip to Cahul. Moreover, Poting claims that she is not aware of the SCP position issued in the press release and cannot declare that she subscribes to those mentioned. Asked if she knew that such a position would appear, the SCP member openly stated that “NO”.

Andrei Roșca, a member of the SCP, a seconded prosecutor, told SafeNews.md that he is currently on leave and that he does not know about the SCP’s position issued in the press release.

Constantin ȘUȘU, a member of the Council, a seconded prosecutor, refused to answer the questions of SafeNews.md journalists, as soon as he understood the subject of the discussion.

Emanoil Ploșnița, lawyer, President of the Bar Union, member of the SCP:

Sergiu Litvinenco, Minister of Justice, member of the SCP:

Ion Guceac, Member appointed from among the civil society PhD in law, academician

“I’m not in town and I don’t know yet.” Asked if he knew about the fact that such a position would be made public, the SCP member stated that: “I have to follow the actual content. I knew it. ” Regarding the consultation procedure that took place on this subject, Guceac refused to comment.

“Yes, I subscribe to the position that was posted on the SCP website.” Asked how SCP members consulted on the issue and whether all members had the opportunity to comment before the press release was issued, Furtună said: “There are some internal procedures and all the steps inherent in this process have been followed.”

The press release issued by the SCP, defending the General Prosecutor – released without CVORUM

According to art.77 paragraph 4 of the Law on the Prosecutor’s Office, the SCP meeting is deliberative if the participation of 2/3 of the members is registered. Given the fact that the Superior Council of Prosecutors consists of 15 members, the working meeting may be deliberative at the presentation of 10 members.

The SafeNews.md editorial office tried to contact the president of the Superior Council of Prosecutors, Angela Motuzoc, to find out details about the procedure through which the consultations between the SCP members took place, before the press release appeared, but she did not answer the phone calls.

SafeNews.md sources inside the Prosecutor’s Office claim that Angela Motuzoc was in a conflict of interest, as the mandate of the SCP members expired and due to the pandemic it was impossible to organize the new elections. This situation indicates the need to organize the election of new CSP members as soon as possible. As a result, the presidency of the CSP is to be appointed to another position at the discretion of the PG, and the good disposition of the Prosecutor General will guarantee her a position.

The Superior Council of Prosecutors is deeply opposed to the way in which, lately, the institution of the Prosecutor’s Office has been attacked by serious accusations, which, however, have no legal support and are essentially manipulative. In the conditions of the endless series of unfounded accusations and distorted information about the activity of prosecutors, issued in public by the representatives of the governing forces, we attest that the country’s legal order is endangered, which clearly establishes the rules of separation of powers and cooperation. Thus, as a natural reaction, the Superior Council of Prosecutors emphasizes the importance of compliance by all public authorities with European standards regarding the activity of the Prosecutor’s Office and, in this regard, to ensure fair information of society we note that it will remain firm by all means of law, position constitutional guarantor of the independence and impartiality of prosecutors. ”

The SCP`s reaction comes after, on Tuesday, August 10, after the Security Council meeting, Sergiu Litvinenco was “upset” by the “lack of action” in cases of high corruption of the Prosecutor’s Office, referring in particular to the case of businessman Veaceslav Platon, who left the country with two active files, but also in the case of the former unaffiliated deputy, Vladimir Andronachi, who also allegedly left the country while being investigated in the case of dispossession of the state from the Consulate of the Republic of Moldova in Odessa.

Subsequently, Litvinenco registered a draft law on amending the Prosecutor’s Office Law, which provides mechanisms for evaluating the activity of the Prosecutor General and establishing his disciplinary liability.

Maia Sandu also announced that the CSS will come with a series of recommendations related to risk assessment, evaluation of prosecutors’ activity “to make sure that there is no bad intention, that these prosecutors do not consciously allow thieves to leave the country.”

After the CSS meeting, Maia Sandu was outraged by the fact that the meeting was attended by representatives of the Anticorruption Prosecutor’s Office and the Prosecutor’s Office for Combating Organized Crime and Special Cases (PCCOCS), noting that they are “on holiday literally and figuratively”.