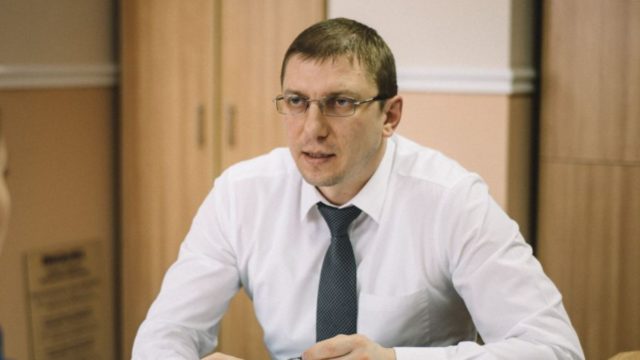 The suspended head of the Anticorruption Prosecutor’s Office, Viorel Morari, was not escorted to the Chisinau Buiucani Court, where a new court hearing was to take place in the case filed a year ago for abuse of office and forgery in public documents. This happened in the conditions in which on Tuesday, January 19, the lawyers asked the prosecutors to ensure Morari’s presence during today’s hearing.

In this regard, lawyers claim that prosecutors’ actions are illegal and are trying to draw the attention.

Therefore, the hearing was postponed to 22 January at 09:00.

We specify that Renata Anici, the one who on Tuesday, January 19, filed the accusation against Morari for the four charges, is also a member of the group of accusers on the criminal case that is being examined in the court in Buiucani.

Moreover, at the hearing on December 21, during which Veaceslav Plato was to be heard, the accuser Renata Anici appeared, who replaced the prosecutor Elena Ceruţă. Anici requested that the hearing be postponed on the grounds that he needed to get acquainted with the case, and the court made it available for an hour. As a result, Anici requested the recusal of two judges from the panel. The request for recusal was rejected.

On January 10, 2020, Viorel Morari was detained in another criminal case, initiated for “abuse of office” and “forgery”, after the Prosecutor General, Alexandr Stoianoglo, ordered checks within the Specialized Anti Corruption Prosecutor’s Office.

Prior to that, in December 2019, Morari was removed from office and assumed that this action comes after he made a request to the tax authorities, which were aiming the file of external financing of the Socialist Party. At the time, Morari harshly criticized the new prosecutor general and anticipated his January 10 arrest. Morari said at the time that prosecutor Stoianoglo’s actions against him would be based on his decision to restart investigations into the case of Russian funding of the socialist party (controlled by then-pro-Russian President Igor Dodon), but also a new investigation aimed at deputies. from the current Parliament, about which he avoided giving details.

Also last year (2020) Viorel Morari said that the files in which he is accused appeared because he opposed the system. At the same time, the suspended head of the Anticorruption Prosecutor’s Office said that he was detained at the political command of President Igor Dodon.

Over the past month, both the plaintiffs and Veaceslav Platon have filed three requests for recusal of the panel in the management of the first case filed on Morari’s behalf, after failing to appear or requesting a postponement. meeting.

We remind you that on Tuesday, January 19, 2020, the suspended head of the Anticorruption Prosecutor’s Office, Viorel Morari, was summoned by the General Prosecutor’s Office for 14:00, in order to bring new charges in another criminal case, generically called “Vento”. As a result, he was detained by PCCOCS prosecutors for a term of 72 hours, being escorted to the detention facility of the Chisinau Police Department.

Recently, during a press briefing, Morari presented several documents, but also data from which it appears that two Ukrainian companies, which belong directly or through Veaceslav Platon, have de facto as final beneficiary a name exactly like that of his wife. of Stoianoglo – Kurdova Țvetana.

The National Integrity Authority announced that it will analyze the information reported by the former prosecutor, Viorel Morari.