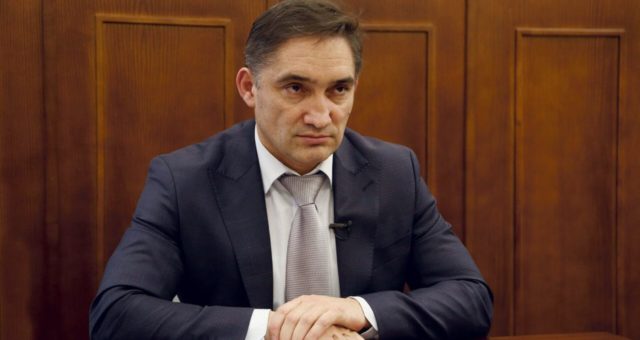 The Prosecutor General is puzzled by the wave of criticism regarding the institution he is heading, especially after the controversial businessman Veaceslav Platon left the country. According to Alexandr Stoianoglo, Platon had no ban on leaving the Republic of Moldova, and if he does not return soon and does not appear in court, he will be placed in international search. Regarding his resignation, Stoianoglo suggests that he will not do so, as he was not appointed on political grounds. Moreover, he attacked PAS members, declaring that those like Litvinenco and Stamate did not raise any finger for the Republic of Moldova, so they are not entitled to evaluate him.

Accused by several political actors of behaving like a lawyer for the businessman Veaceslav Platon, the Prosecutor General says that the accusations of involvement in the case of the theft of the billion have been withdrawn from Platon, as it was found that he had no involvement in the theft. Moreover, according to Stoianoglo, Veaceslav Platon has the right to go where he wants and even more, he has the opportunity to stay as long as he wants.

Stoianoglo is convinced that Platon will return to the Republic of Moldova, because it would be in his interest to prove his innocence.

In the same show, the Prosecutor General stated that he did not intend to resign after the Action and Solidarity Party took over the government, as he would have won a competition organized by the Government and was not appointed on political grounds.

He also mentioned that before his appointment he had a meeting with Maia Sandu, the latter being satisfied with his performance.

The Prosecutor General says he is being criticized for constantly fighting corrupt prosecutors and judges. He says he will go to Parliament to ask for leverage to hold accountable and dismiss people from the justice system, and if he is allowed to do so then he promises that in three months he will cleanse justice of corrupt people.

LAST HOUR! DOC // The main figure in the investigation of the Court of Appeal magistrate, which was tracked by Platon, was freed by...

VIDEO // Viorel Morari announces that he requests the SCP following his forced removal from the system: “The president of the SCP should not...

EXCLUSIVE // CONFLICT OF INTEREST? The press release issued by the Superior Council of Prosecutors (SCP), which defends the General Prosecutor – sent without...

IPRE: General Prosecutors actions on some cases were modest or against...

LAST HOUR! DOC // The main figure in the investigation of...

VIDEO // Viorel Morari announces that he requests the SCP following...