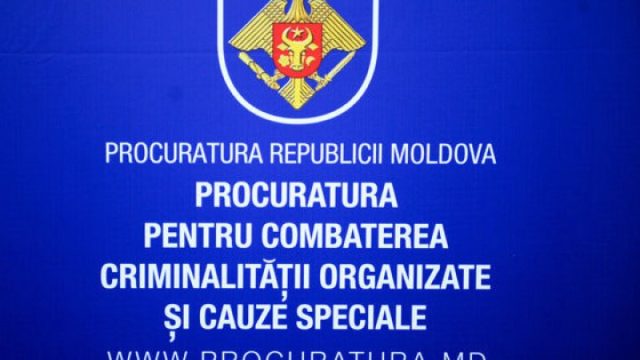 The law is not a law for prosecutors either! At least this is understood from the actions of a prosecutor from the Prosecutor’s Office for Combating Organized Crime and Special Cases (PCCOCS) who assumed the role of hierarchically superior prosecutor, declaring null and void a complaint challenging his own actions. SafeNews.md editorial office entered into the possession of documents proving the accuser’s illegal actions. Asked to comment on the actions of his subordinate, the head of PCCOCS Ion Caracuian accused our editorial office of exceeding his duties.

On January 26, 2021, former anti-corruption prosecutor Roman Statnîi was recognized as a suspect in “excess of power”, “forgery in public acts”, “illegal detention or arrest” and “knowingly prosecuting” of an innocent person”. At the same time, the prosecutor from PCCOCS, Alexandru Guzic also ordered his detention based on art. 166 of the Criminal Procedure Code.

The defence party, however, challenged the hierarchically superior prosecutor for the legality of the detention report, requesting the declaration of its nullity. In the documents below you can see the motivation of the lawyer Sergiu Moraru.

The lawyer’s complaint, however, was examined by the same prosecutor, Alexandr Guzic, whose actions were challenged. Thus, contrary to the legal provisions, Alexandr Guzic recognized his own actions as legal, rejecting the lawyer’s requests.

Thus, by issuing the ordinance of 05.02.2021, the prosecutor Alexandr Guzic, whose actions were challenged in the complaint of the lawyer Sergiu Moraru, acted contrary to the provisions of art.531, art.2991, 2992 paragraph (2) of the Code of Criminal Procedure.

Our portal also contacted the hierarchically superior prosecutor, Mr. Ion Caracuian, head of the PCCOCS to ask how he explains the actions of his subordinate, but he refused to comment accusing our editorial office of violating his duties. – You are somehow an investigating judge to ask such questions.

We remind you that on Tuesday, January 26, the former anti-corruption prosecutor was invited for hearings around 14:30. During these, the delegated prosecutor within PCCOCS, Alexandru Guzic, presented him with the quality of suspect, being detained for a period of 72 hours.

On January 29, the Investigating Judge of the Chisinau Court, based in Ciocana, partially admitted the prosecutors’ request for the application of the preventive measure – pre-trial detention for 30 days, and Roman Statnîi was placed under house arrest for 30 days. The decision was upheld by the Court of Appeal.

DOC // A vice-president of the Chisinau District Court accuses the general prosecutor of persecution: “He wants to promote loyal people he can control”