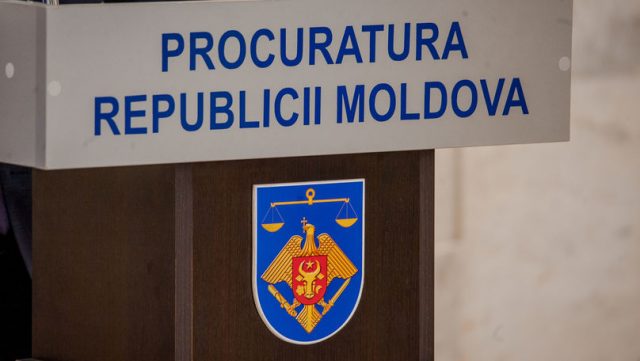 The actions of the General Prosecutor’s Office on some high level investigations were either modest or against the law, the Institute for European Policies and Reforms (IPRE) states in an opinion note on the activity of the Prosecutor’s Office in 2020 and 2021 on some high level investigations. IPRE experts find a violation of the provisions of the Law on the Prosecutor’s Office, in terms of providing compensation to retired prosecutors, but also the provisions of the Code of Criminal Procedure, in this case Article 274, including the manner in which the prosecutor’s office ruled on complaints against Igor Dodon, transmits SafeNews.md with reference to IPN.

There is also a lack of action on high level investigations, “with the involvement of public figures, including controversial fugitive, Veaceslav Platon.”

Although the conditions for the application of preventive measures against him were met, the General Prosecutors office did not take any preventive measure, and Platon left the Republic of Moldova. Progress in elucidating episodes of bank fraud is modest.

Although objectively there are limitations on the pursuit of assets that are outside the country and that require additional effort, including the negotiation of international agreements, the creation of joint investigation groups, the formulation of rogatory letters, the repatriation of illegally obtained means, in criminal investigations it was possible for over a year and a half to obtain the extradition of Vladimir Plahotniuc and Ilan Șor.

IPRE experts consider that the way in which the law was applied by the Prosecutor’s Office and the Prosecutor General should be the subject of analysis in the last year and a half.

In particular, it is about the way in which the files of resonance and deep impact for the society were managed, “with the involvement of controversial people such as: Veaceslav Platon, Ilan Șor, Vladimir Plahotniuc and Igor Dodon”.

The legality of the actions taken by the General Prosecutor is to be analyzed, especially in relation to the way in which the resignation of the former head of the PCCOCS Nicolae Chitoroaga was handled.

On the files that the prosecution bodies submitted the accusation and sent to the court, it is necessary the examination in priority regime, with the involvement of the management of the Chisinau Court, but also of the Chisinau Court of Appeal. The rapid examination would provide a purpose, including the application of confiscation of the goods on which seizures are being made.

The opinion was developed within the IPRE project “Strengthening resilience to systemic kleptocracy in the Republic of Moldova” financially supported by the Soros Foundation Moldova.

PHOTO // Stoianoglo’s (IN) justice. An old man complains that he was not allowed to file a complain to the General Prosecutor’s Office: “I...

The National Agency for Energy Regulation (ANRE) – Public call on respect for the independence of the institution: “We urge all political forces and...