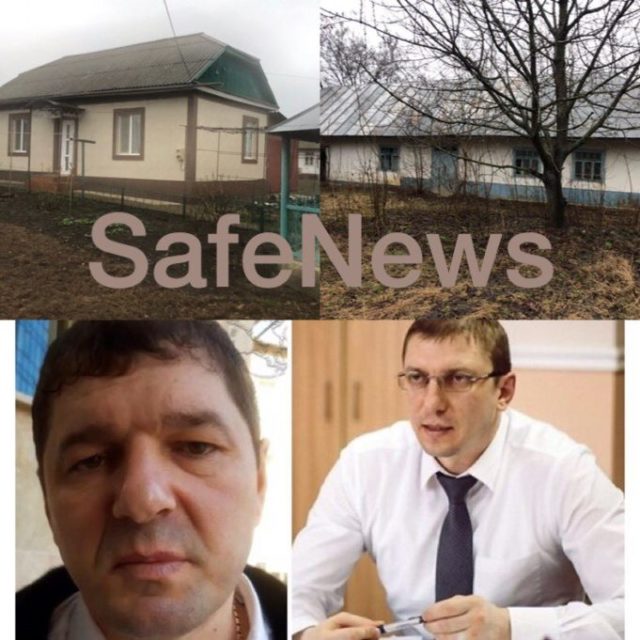 A new day of searches in the Viorel Morari case, in which the former head of the Anticorruption Prosecutor’s Office and his brother Oleg Morari are investigated in a case of illicit enrichment. Today, the criminal investigation body went to the native village of the Morari family, Țaul vilage, Dondușeni district. And this time, according to one of the family’s lawyers, the prosecutors were looking for: money, valuables, as well as documents on paper or in electronic format, which would prove the financial relations between Viorel Morari and his brother’s company, but also other evidence that would have connection with Irarom-Grup.

What do the houses of the Morari family look like, from Țaul locality

The houses below are the ones that, according to the accusation, the mother of the prosecutor – Eugenia Morari came into possession in the period 2013-2019.

Safenews reminds that on Wednesday, March 11, several groups of prosecutors also descended on the houses in the capital that belong to the Morari family.

What is being incriminated to the Morari family

According to the accusations made by Stoianoglo during a press briefing, the prosecutors found that Viorel Morari’s mother, brother and sister-in-law, who founded and managed SRL Irarom Grup, founded in 2013, would have invested financial means in the entrepreneurial activity that substantially exceeded officially registered with state-authorized institutions.

At the same time, the prosecutors incriminated the former head of the Anticorruption Prosecutor’s Office that his mother, who had an official income of only 2,500 lei for two years, in 2014 carried out nine cash deposit transactions on the company’s bank account “for the increase statutory capital ”in the total amount of 3.8 million lei.

This, however, was denied by the company’s administrator, Oleg Morari, who presented to the journalists documents proving that the money came from savings during the years in which he and his parents went to work abroad. Moreover, Oleg Morari also presented copies of the 2012 statements on the availability of funds.

DOC // The Supreme Court of Justice, REJECTED the request of Viorel Morari, to recuse the General Prosecutor, Alexandr Stoianoglo

VIDEO // Viorel Morari fights the accusations incriminated in the VENTO case: “The lawyers told me that if I file the case regarding Borș...

URGENT! Viorel Morari was NOT escorted to the court hearing. Lawyer: “It is illegal. The right to free access to justice is violated”