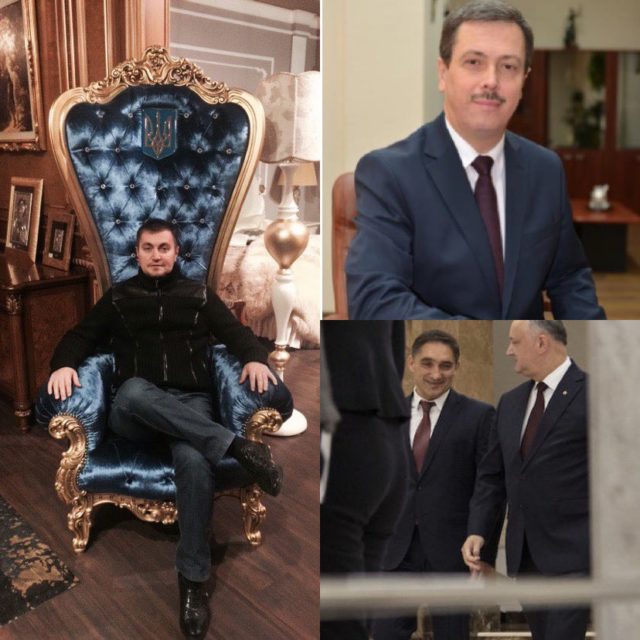 The year 2007. The period in which Veaceslav Platon would have created a team of lawyers whose purpose was to advise him. Part of the so-called “team”, was the scientific researcher and the head of the Department of Criminal Law and Criminology, Serghei Brînză.

Through them, Veaceslav Platon allegedly sent to the Constitutional Court a letter containing the point of view of the Faculty of Law of USM on the issues addressed in the notification to the Member of Parliament, Mr. Valentin Chepteni, on the control of constitutionality letters h) and n) paragraph (1) art.7 of the Law on the Center for Combating Economic Crimes and Corruption and paragraph (1) and (2) art.8 of the Law on preventing and combating money laundering and terrorist financing.

Although this letter was signed by the rector of the State University of Moldova but also by the Dean of the Faculty of Law, SafeNews.md sources stated under anonymity that Serghei Brînză would be its author.

On November 25, 2010, following the above mentioned letter, the Constitutional Court declared unconstitutional some provisions regarding the activity of the Center for Combating Economic Crimes and Corruption, which did not allow the blocking of suspicious transactions.

Until 2014, the Laundromat scheme was implemented where 22 billion dollars were laundered through the justice and the financial-banking system of the Republic of Moldova.

Year 2020. Another letter containing the opinion of law professors regarding the LAUNDROMAT

filed on November 23, 2020. Deputy Prosecutor General Ruslan Popov sought the opinion of the Department of Criminal Law of the USM Law Faculty, asking whether or not money laundering can be considered illegal as long as the original crime has not been proven.

On December 8, that is, in less than two weeks, a group of three professors, led by the Dean of the Faculty of Law of the State University of Moldova, Serghei Brînză, sent the answer.

The chairman of the Parliamentary Commission of Inquiry into the Laundromat case, Inga Grigoriu: “the case could be stopped”!

The suspended head of the Anti-Corruption Prosecution Office, Viorel Morari: “the current management of the General Prosecutor’s Office is trying to close the Laundromat case.

In a press release, the General Prosecutor’s Office accuses that these criticisms are intended to discredit the activity of the prosecutor’s office.

Authors of the note: The opinion of the authors expressed in writing at the request from PG on money laundering, is only for advisory purposes, moreover, it is a scientific creation.

The suspended head of the Anticorruption Prosecutor’s Office, Viorel Morari: “They are trying not to leave traces”

The Dean of the Faculty of Law of USM, Serghei Brînză, decorated with the Order “Gloria Muncii” by Igor Dodon

Serghei Brînză, Dean of the Faculty of Law of the State University of Moldova was decorated with the Order “Gloria Muncii” by the then President, Igor Dodon. Thus, during the official award ceremony, on December 17, Brînză was decorated for exceptional merits in didactic-scientific work.

Liubovi Brânză, a judge from Chișinău Court of Apeal detained in a corruption case, is the wife of the dean of the Faculty of Law within USM, Sergiu Brînză.

On October 23, 2018, Liubovi Brînză, together with 9 other people, were detained in a corruption case. They demanded and received large sums of money in order to issue favorable decisions on several criminal cases under consideration.

Two years after the detention of the ten persons targeted in the “bribery for judges” case, the court has completed its examination of the criminal cases of accusation of the ten defendants, including five magistrates, a prosecutor, a lawyer, a legal assistant and two individuals.

The document obtained by ZdG mentions that the prosecutors requested the court to acquit the magistrate Liubovi Brânză for committing the crime provided by article 324 par. (3), of the Criminal Code, more precisely for passive corruption.

The accusers mention that, on this end of the accusation, the deeds of the defendants do not meet the elements of the crime.

To terminate the criminal trial regarding Brînză Liubovi for committing the crime provided by art. 45 para. (1), 325 para. (3) lit. A / 1) Criminal Code (Scarlat V. episode) in connection with the fact that there are no other circumstances that exclude or condition criminal investigation ”;

The PA seeks a penalty in the form of a fine For Liubovi Brînză:

For committing the crime provided by art, 42 par. (4), (5), 307 para. (1) of the Criminal Code, apply a sentence in the form of imprisonment for a period of 2 years, with the execution of the sentence in the penitentiary for women of semi-closed type, with deprivation of the right to hold public office and public dignity, for a term of 5 years.

For committing the crime provided by art. 303 para. (3) of the Criminal Code to apply a penalty in the form of a fine in the amount of 850 u.c, which is 42,500 lei, with deprivation of the right to hold public office and public dignity, for a period of 3 years.

According to the provisions of art. 84.87 Criminal Code, for concurrence of crimes, by partial cumulation of sentences, you would establish a final sentence of 3 years imprisonment with the execution of the sentence in the penitentiary for women of closed type, with a fine of 850 uc, which is 42,500 lei , with deprivation of the right to hold public office and public dignity, for a term of 10 years ”.

Sergiu Brînză, accused in the file of doctoral theses – released from punishment

More precisely, the member of the Doctoral Commission would have acted in the interest of two doctoral students, but also in his own interest, because he was to be satisfactorily evaluated by the Scientific Council and remunerated for the qualitative development of the doctoral supervisor activity. The dean of the faculty, in exchange for the money, was to facilitate the defense of the doctoral theses by the two doctoral students. doctorate.

However, the case was closed, classified as a misdemeanor, which in turn was also filed by the magistrates of the Chisinau Court, based in Ciocana.

The influence of Serghei Brînză in a case involving the brother-in-law of the SCM member, Elena Belei

At the beginning of March, a video made in the office of the Dean of the Faculty of Law of the State University of Moldova, Serghei Brînză, appeared in the press. Then, Elena Belei discussed with Brînză how she could influence a case in which her brother-in-law is targeted.

E – Yes, I have a question now, the topic is serious. Wait a minute, August 30th, the courts won’t work, will they?

E – I know at the Government meeting it was decided, at Mrs. Drăgostina I had, and I read Drăgostina from the invitation, it is a delay that is my license and I want it to be resolved positively. She’s a rapporteur, she’s on pobation, we gave her the probation, they’ll bring the report. It’s about my brother-in-law, who has, and you know my brother-in-law, he’s Valera Roşca, a former criminal investigation officer. The brother-in-law got married a second time, he has a conviction, but he wants to go out, to cancel his additional sentences, he applied to Ciocana, but they quickly examined and rejected him. He appealed, the probation supports his position, he will present a report on the question… He is ideal, he has no violation, the report will be written there, that in court it was verbal, the appeal is to Mrs. Liuba, I rely on her

S – Lenuta, you are a proceduralist. You know these things, can they lie here or not?

S – Not that he’s going to procrastinate.

E – Tell him not to procrastinate too late.

S – I don’t know, dear, I’ll explain to you once… how much it will be, that she took a vacation and then again, that she goes out for two. (??) She goes out to work tomorrow and she’s up until, well, I understand a week or two. E – As close as possible.

S – Not ready, it’s like you’re a tiny child, blin I didn’t understand you…

E – He’s my brother-in-law and I say, “Good day, you’re lucky.” And he says he knows Sergiu Brînza. “Well, you’re lucky that Mrs. Brînză fell and I don’t want any other luck for you!”

S – Sit down, something else.

E – Something else is a little tense.

Following this material, more precisely on March 20, the General Prosecutor’s Office stated that it took note of the video images in which the member of the SCM Elena Belei and the dean of the Faculty of Law of the State University of Moldova, Serghei Brînză.

VIDEO // The scandal from Comrat involving relatives of the general prosecutor. Why two businessmen were convicted?