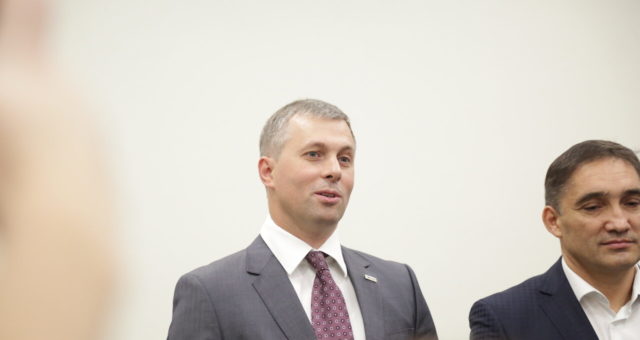 The motivation for detaining the suspended head of the Anticorruption Prosecutor’s Office, Viorel Morari, is not plausible, and the only reason for requesting pre-trial detention for him is to “shut his critical mouth”. This is the opinion of Vladislav Gribincea, President of the Center for Legal Resources of Moldova. Moreover, the lawyer wanted to remind the fact that the general prosecutor, Alexandr Stoianoglo, previously declared that “the prosecutors will not arrest abusively”, and soon, Morari was detained.

Regarding Morari’s recent arrest, Gribincea claims that the prosecutor’s argument confirms once again that there are no reasons for his arrest.

Regarding the accusations brought against the suspended head of the Anticorruption Prosecutor’s Office, Vladislav Gribincea claims that they are “hallucinatory”.

In the end, Gribincea mentioned that Morari’s restraint is nothing more than “closing the mouth that criticizes”.

On Tuesday, January 19, 2020, the suspended head of the Anticorruption Prosecutor’s Office, Viorel Morari, was summoned by the General Prosecutor’s Office for 14:00, in order to bring new charges in another criminal case, generically called “Vento”. As a result, he was detained by PCCOCS prosecutors for a term of 72 hours, being escorted to the detention facility of the Chisinau Police Department.

On Wednesday, January 20, a press release issued by the General Prosecutor’s Office announced that the Prosecutor’s Office for Combating Organized Crime and Special Cases had forwarded to the suspended head of the Anticorruption Prosecutor’s Office, Viorel Morari, the accusation for four charges and filed an appeal for application of the preventive measure – pre-trial detention for 30 days.

Viorel Morari is accused of “excess of power”, “forgery in public documents”, “illegal detention or arrest” and “knowingly prosecuting an innocent person” – actions committed against the co-owners of the gas station network “WIND”. The latter were recently rehabilitated in law, after prosecutors concluded that in 2018 they were persecuted, detained, arrested, deprived of wealth and illegally prosecuted in a case file.

At the same time, the case prosecutor, Renata Anici, argued the need to apply pre-trial detention for the suspended head of the Anticorruption Prosecutor’s Office by evading responsibility and leaving the country through the Transnistrian region.