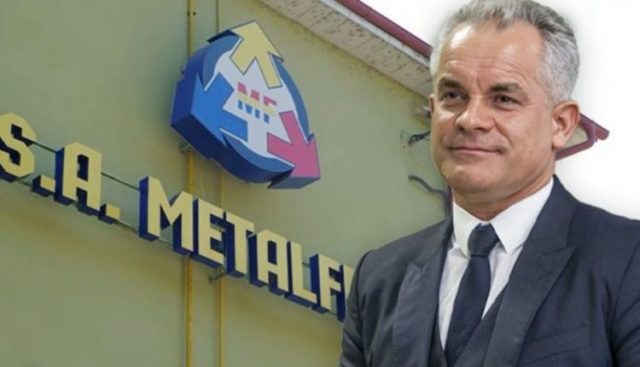 Vladimir Plahotniuc was not satisfied with the little amounts, but took 70% of the revenues of the company “Metalferos”. Statements to this effect were made by Victor Ostap, the former director and current shareholder of “Metalferos”. In a television show, Ostap revealed in detail how the company came to be controlled by Vladimir Plahotniuc and his men. Moreover, Victor Ostap also made revelations regarding Plahotniuc – Voronin partnership.

Victor Ostap, however, states that Vladimir Voronin did not know about Vladimir Plahotniuc’s connections with “Metalferos”. “

During the same period, Ostap also stated that the one who announced that he was forced to leave the position of director of the company was Sergiu Catan, Igor Dodon’s godfather.

We mention that, in the last 20 years, “Metalferos” has been repeatedly the target of accusations of corruption, being affiliated in recent years with the former leader of the Democratic Party of Moldova (PDM), Vladimir Plahotniuc and people around him.

The documents show that, in the period 2015-2019, “Metalferos” received money from several companies, residents and non-residents. Thus, between January 2015 and September 2019, on the accounts opened with Victoriabank, “Moldavskii Metallurgicheschii Zavod” (MMZ), financial means were transferred to “Metalferos” in a total amount of about 2.169 billion lei.

How (not) Plahotniuc is sought by the law enforcement agencies. The oligarch is not being pursued by INTERPOL

EXCLUSIVE // DOC // Fight for CONTROL over Moldasig. CA decision according to which V. PLATON loses control of the majority package