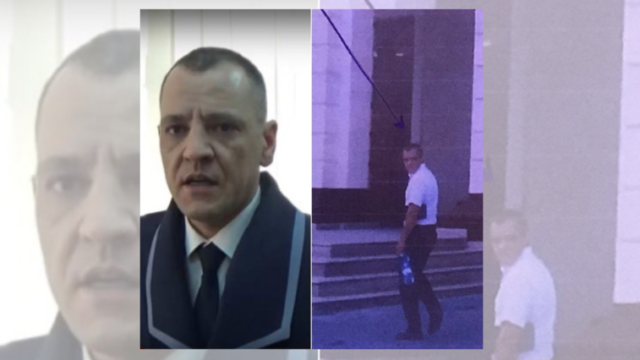 Last fall, the anti-corruption prosecutors investigated the prosecutor’s actions of Vladislav Căruceru who is a prosecutor in the General Prosecutor’s Office.

Mr Căruceru was suspected of having warned the management of Metalferos, about the investigations into the money laundering schemes at Metalferos. At the same time, it was reported that there were photos and video recordings, demonstrating that Căruceru had warned the future accused in the Metalferos investigation. The investigation was taken away from the Anticorruption Prosecutor’s Office after the start of the control ordered by the newly appointed prosecutor-general Stoianoglo. This fact was confirmed by the current interim management of the PA, in January of this year. The current interim management of the PA, however, mentioned at that time that there was no ordinance requesting the withdrawal of the file to the General Prosecutor’s Office. Later, representing the accusation in the file on behalf of Viorel Morari, Căruceru told the press that there are no photos and no other evidence in the file, which would confirm his involvement in the above-mentioned crime.

This fact was also confirmed by Attorney General Alexand Stoianoglo, in a press conference. However, the Safe News portal managed to enter in possession of images that represent “evidence” confirming the involvement of prosecutor Veaceslav Căruceru in the criminal offenses mentioned above.

Mysterious meetings under the generic of combating corruption

On 04.09.2019, taking advantage of the transition period of the state power and aiming to extort the financial means from the economic agents and physical persons previously loyal to the Democratic Party, Vladislav Căruceru, together with Vitalie Procopii start several criminal cases regarding “Metalferos”.

Moreover, some sources claim that the department in which Căruceru is active, namely that of “unifying the practice in the field of criminal prosecution” does not have the competence to carry out investigations in such files, without the consent of the Prosecutor General.

Each action undertaken by Procopii Vitalie is “strictly” coordinated and managed by Veaceslav Căruceru, the one who conducted the criminal prosecution, including meetings with involved persons or intermediaries. As demonstrated by the images presented below.

Therefore, the two manage to transmit a message, through intermediary persons, to the director of the state-owned enterprise “Metalferos” Alexei Timbrovski, but also to Nicolae Pelin – the administrator of a number of companies involved in laundering and legalizing the illegally sourced money, as they (Căruceru and Procopii) could “solve the problem” (make a favorable decision) in the case of “Metalferos” and they can absolve them of criminal punishment.

At that stage, as an intermediary, prosecutor Oleg Baciu intervened and assured Procopii that Nicolae Pelin would be a reliable person, thus organizing a meeting in the cafe “307” located on Calea Ieșilor street, Chisinau, the premises belonging to Baciu prosecutor.

According to the information we have, at that meeting, Vitalie Procopii threatened Nicolae Pelin that he had accumulated enough evidence to detain him and that searches would be carried out at his home and at the companies related to “Metalferos”. In the end, they would have concluded that Pelin should leave the Republic of Moldova, for an indefinite period, but not before making “giving orders” at the addresses where searches will be organized and “organizing” some unimportant people to make some superficial statements in the file.

In exchange for this “common denominator”, Procopii would have extorted and received the money in the amount of 100 thousand euros. This, though, he and Vladislav Căruceru would have known that on the addresses at which they authorized the searches, they would not find any accounting documents and that because previously the specialized prosecution service for combating organized crime would have picked up them entirely in another criminal investigation. These facts and not only make us believe that their actions would have been pampered, but the real purpose is also to extort and obtain wrong means.

A criminal case on the name of Procopi and Corobceanu – national investigation department (INI in Ro) employees.

At the same time, after the fall of the Sandu Government, Procopii Vitalie, being helped by his accomplices (Vladislav Căruceru and Vladimir Corobceanu), took action to classify the criminal case for extorting the bribes, by intervening next to some high-level names in the state. The first action would have been taken by the Socialist deputy in the Moldova Parliament Vasile Bolea, who is also a former faculty member with Procopii Vitalie. According to some sources, who requested anonymity, Bolea would have asked the head of the IGP – Vadim Cojocaru to grant Procopie a childcare leave, contrary to the legal provisions.

Another person who would have been involved in the active settlement of Procopii Vitalie’s file is the Deputy Head of the Customs Service – Sergiu Burduja, who would have approached the President of Parliament, Zinaida Grecianîi.

Safe News recalls that in early September 2019, Vitalie Procopii and Vladimir Corobceanu were detained by NAC officers and anti-corruption prosecutors. According to the materials of the criminal case, the two would have claimed and received the money amount of about 15 thousand euros from an economic agent, claiming that instead, they will not transmit the materials they have to start a criminal investigation on tax evasion charges.

VIDEO // The scandal from Comrat involving relatives of the general prosecutor. Why two businessmen were convicted?