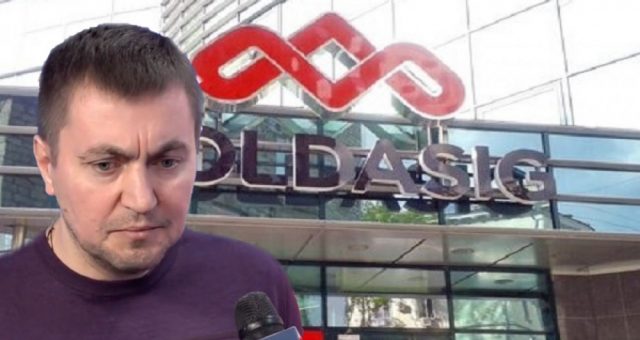 July 16 became a day when the controversial businessman Veaceslav Platon received another blow. This is the decision of the Chisinau Court of Appeal, which ruled in favor of the National Financial Market Commission against the ruling of the Chisinau Court, Rascani headquarters (Judge Olesea Turcan), according to which the powers of the governing bodies and the majority package (75 percent) of “MOLDASIG ”SA – managed by the state (in the person of CNPF) – were handed over in temporary special administration to private companies. CNPF announced this fact in a press release, and the SafeNews.md portal came into possession of a copy of the decision of the Court of Appeal.

We remind you that on November 6, 2020, the magistrate of the Chisinau Court, Rascani headquarters, O. Turcan issued a court decision establishing the special interim administration, the audit company “CONFIDENTIAL-AUDIT” SRL being appointed as sole executive body of “MOLDASIG ”SA, respectively, with the removal of the statutory management bodies of the insurance company in question. Also, according to the mentioned court decision, the audit company “ALTIMEEA” SRL was appointed to exercise the attributions of the Company’s Board (as a statutory body), being delegated in management the newly issued shares. We remind you that, in November 2020, the controversial businessman Veaceslav Platon said that he is a shareholder in Moldasig, but also that he has “his interests”.

Analyzing those reported by PAS deputy Dumitru Alaiba WESNA LTD officially owns 4.99% of Moldasig shares. or, it folds exactly on those narrated by Platon, from which it can be concluded that he is the owner of this company. When asked whether he acted in concert with the other partners? Platon declared that: “this cannot be talked about and that the other investors are abroad. they were purchased, with 12 million for 4 years the shareholders have not received dividents. moldasig was a leader, someone liked this leader. on april 1, the law on CNPF is approved, where it was stated that if they consider that the shareholders have links between them then they are blocked. this is plahotniuc’s trap. after the adoption of this law, they had to issue new shares to sell them and return the people’s money. this did not happen.

” At one point Platon was asked how he comments that the CNPF declares that he was not and is not a shareholder in Moldasig? Platon immediately turned to the accusations, saying: “These things are said by people who are thieves. That’s what thieves and those who deal with corruption say, that’s their problem. ”

And when it came to why the CNPF did not see that he was a shareholder, Platon replied that: “this is about the level of their monitoring”.

Earlier, Platon allegedly broke into the CNPF meeting, where the topic of Moldasig was being discussed. Platon allegedly called for the CNPF’s opinions on Moldasig administrators to be expedited. In 2016, the National Financial Market Commission (CNPF) forced Moldasig’s majority shareholders to sell their shares within three months. The decision was taken as a result of “the concerted behavior of the group of shareholders, who hold a stake of 65.03%, acquired without the prior approval of the CNPF, which is contrary to the regulations in force.”

On November 20, 2020, CNPF announced that it will take over the management of the insurance company, with the temporary appointment of a special administrator, following the self-notifications on the irregularities related to the good governance of the company. Subsequently, the institution announced that it is physically prevented from taking over the administration of Moldasig, reiterating the need to create a “crisis cell” in the case of the company.

In November 2020, Judge Olesea Țurcan asked the Superior Council of Magistracy to defend her “independent magistrate status”. However, the SCM members decided to remit the notification to the judicial inspection. On February 25, 2021, the PAS deputy Dumitru Alaiba presented a response of the Judicial Inspection to his notification, which found that the magistrate had committed disciplinary offenses in the MOLDASIG case.

The insurance company Moldasig SA registered last year revenues of 191.2 million lei, being the third place in the top of insurers in the Republic of Moldova with a market share of 14.2%, up from 0.2 р.р. compared to the previous year. At the same time, Moldasig obtained a net profit of over 12 million lei, after in 2019 it reported losses of 27.4 million lei. On the other hand, Moldasig had an undistributed profit of previous years amounting to 146.2 million lei.

According to data published by the company, in addition to the 75% of shares in dispute between CNPF and companies affiliated to Veaceslav Platon, 10.2% of the shares were held by Banca de Economii, 5% – by Calea Ferată din Moldova, and 4.8% – by Poşta Moldovei.

Moldasig SA was founded on December 27, 2002 by three companies with majority state capital: Banca de Economii – 51%, Calea Ferată din Moldova – 25% and Poșta Moldovei – 24% Currently, the company has a share capital of 60 million lei, divided into 600,000 shares with a nominal value of 100 lei.