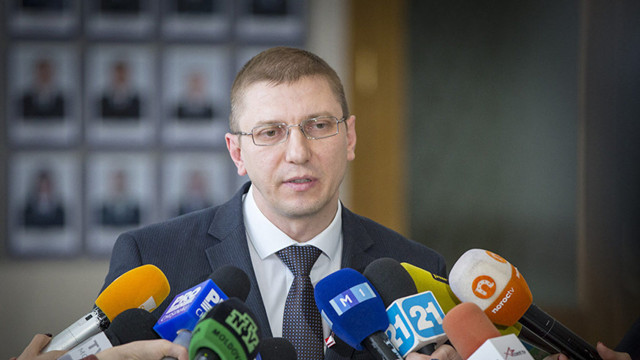 Prosecutors undertook searches at the homes of the suspended head of the Anticorruption Prosecutor’s Office, Viorel Morari, and his brother, Oleg Morari, the founder and administrator of the Irarom-Grup company, both of whom were accused in a criminal case filed late last year for money laundering. and illicit enrichment. The actions of the prosecutors were taken a few hours after the release of Viorel Grăjdian, the Irarom-Grup SRL accountant, who was in custody for 30 days.

According to Anticoruptie.md, Vasile Foltea, Viorel Morari’s lawyer, told us that four persons, prosecutors and SIS officers, knocked at his client’s door before 8 on Wednesday 11 March, in the morning. The prosecutors presented the search warrant, in which two pages were written. Prosecutors were looking for money, price objects, as well as paper or electronic documents that would demonstrate the financial relations between the former head of the Anti-corruption Prosecutor’s Office and his brother’s company.

Vasile Foltea also communicated that this time prosecutors had a correct behavior.

After the search was carried out at the residence of the suspended head of the Anticorruption Prosecutor’s Office, the team of prosecutors came to the house of Oleg Morari.

Asked by the reporters of the portal Anticoruptie.md, Viorel Morari stated that he does not see the logic of carrying out this search.

We remind you that Oleg and Viorel Morari, as well as their mother, are accused of money laundering and illicit enrichment. According to the disclosures made by Prosecutor General Alexandr Stoianoglo during a briefing, his subordinates found that the mother, brother and sister-in-law of Viorel Morari, who founded and managed SRL Irarom-Grup, founded in 2013, would have invested in the entrepreneurial activity of financial means, which substantially exceeded the officially registered incomes.

At the same time, the prosecutors accused the former head of the Anti-corruption Prosecutor’s Office that his mother, who had for two years official incomes of only 2,500 lei, carried out nine cash deposit transactions in the bank account of the company “for the increase”. of the statutory capital ”in a total value of 3.8 million lei.

Also in 2014, the Morari family company built and put into operation a PECO station in the village of Taul, the Donduseni district, worth 3.5 million lei. The same company, in the period 2016–2018, installed three wind turbines for the production of electricity, the value of investments amounting to over 14.2 million lei. According to the fiscal statements for 2016–2017, the company declared a profit of over 6.5 million lei.

Stoianoglo also said that Viorel Morari would have put pressure on the Board of Directors of the National Agency for Energy Regulation and, as a result, it was approved a tariff of 1.13 lei / kW, alegedly higher than for other companies.

Between 2012–2019, Viorel Morari’s parents purchased four buildings in Chisinau, estimated at over 179,000 euros. At the same time, the mother of the former head of the Anticorruption Prosecutor’s Office became the owner of 25 different pieces of land, with a total area of 18 hectares, two dwelling houses with several accessory constructions with a total area of 192 square meters, evaluated at 28,000 euros. And the brother of Viorel Morari came into possession of 87 agricultural and construction land with a total area of 45 hectares, as well as the ownership of a house of 93 square meters, totaling 50,000 euros.

The accusations made by the Prosecutor General are also found in the anonymous letter of December 5, 2019. After publication, Irarom-Grup SRL came up with a reaction in which it rejected the accusations brought, describing them as “distorted information that has a clear discreditary character aiming to manipulate and humiliate Viorel Morari”.

Viorel Morari came then with a reaction to the anonymous letter. He said that he is an “deja-vu” and that similar accusations have been brought to him in another anonymous letter distributed to the newsrooms in April 2019, after the arrest of businessman Andrei Tranga.